When We Were Animals 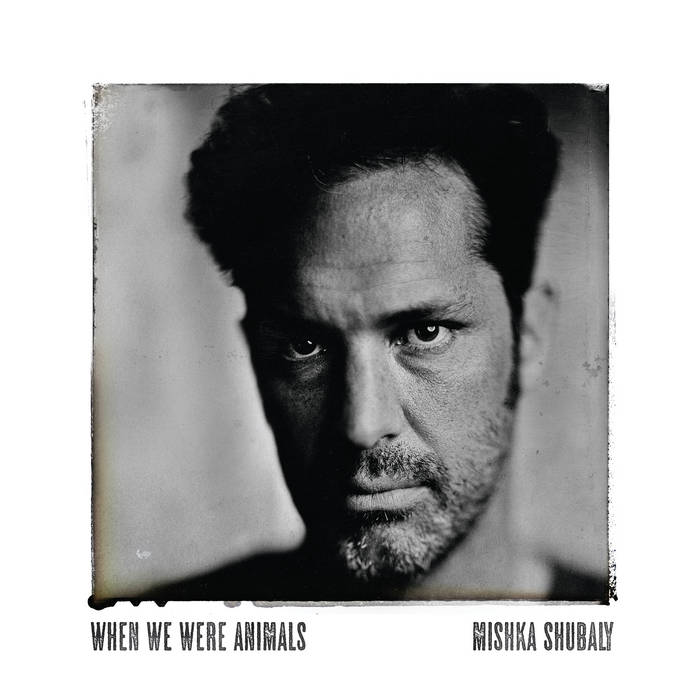 I started making this record in August of 2016 with no roadmap. I’d been quasi-homeless for 14 months, bouncing between a trailer in my sister’s backyard in California and housesitting for friends in Brooklyn when I wasn’t on tour (which was most of the time). The label wanted another record but I had really intended "Coward’s Path" (2014) to be my final statement. Still, touring as much as I had and living in the weird in-between of my unheated trailer/ shitty motel rooms/ the couches of friends and strangers, I had finished a couple of new songs and generated a couple other fragments. But no, I was done with music and sick of the road. I recorded some half-ass demos on my phone and emailed them over to the label with a note saying I would need an advance of X amount of dollars in order to make the record, confident that a request for money up front would scare them off and I could finally euthanize this old dream of making it as a singer/songwriter. “Sounds great,” was the response from Charlie Kennedy at the label, “when can you have it done?” Shit.

And then, somehow, the songs came. I had started ‘World’s Smallest Violin’ in 2003 and I finished it in a night. I wrote ‘Never Drinking Again’ in an afternoon on Dave Burton’s couch in Greenpoint and finished ‘Destructible’ later that same night. I thought of my oldest friend, James Sparber. We’d been roommates at school when I was 15 and had been bickering about music for nearly 25 years. He’d taught me how to play bass and we’d played in several bands together, he had introduced me to some hugely influential bands like the Pixies and Bauhaus and The Birthday Party, and we had travelled some hard miles together. I texted him tentatively about recording and producing the record, assuming he’d be too busy or just not interested. “Sounds great,” he wrote back, “when do you need it done?” Well, shit. Now I actually had to do it.
We tracked scratch guitar and vocals over two days in September and talked through the record together. Our reference points would be ‘Naturally’ by JJ Cale, ‘To Bring You My Love’ by PJ Harvey and ‘Bubblegum’ by Mark Lanegan.

The next day, I went back on the road: New York down to Atlanta to Phoenix up to Seattle to Vegas, then Alaska, then Europe, then another coast to coast run. I left the record in the hands of James and some of my oldest friends. Brandon Goldstein—the first and best drummer I’d ever worked with—would handle the drums. Josh Taggart and Damien Paris of The Giraffes would handle guitars. James would cover bass and keys and all the other little things that glue a record together. When the special guests started falling into place— Cáit O'Riordan of The Pogues, our old pal Adrian Grenier, Bill Whitten of legendary NYC rock band Grand Mal, ace axeman Chase Crawford, the legendary Allison Langerak, percussionist Jane Boxall, singer-songwriter Star Anna Krogstie—I realized we were making something special.

Listening back to the final mixes of ‘When We Were Animals’… it feels like a weird moment in our time to be releasing a record like this. While I was writing these songs, I kept thinking “man, some feminist is going to tear apart a lot of the iffy sexual politics here.” Sadly, I don’t think that will happen—I’m not a big enough artist to merit tearing apart. It makes me sad to think someone might just give it a pass because I use some words/ say some things that could be construed as sexist or misogynist. What’s sadder still is to think that my misogyny that I try to confront/ work through/ play with on these recordings might not even register as weird or shitty with a female listener because misogyny is so stitched into the fabric of our day-to-day lives.

But some people are listening, I know that. After a show in London, a woman came up to me, told me how much she had enjoyed the show but informed me that there was one song she hadn’t clapped for. “That one song sounds a bit rapey. What’s that all about?” I was so fucking grateful: grateful that she was there (there are not a lot of women at my shows) grateful that she had been listening, grateful that she was the kind of person who drew a hard line between shit and food, grateful that she felt comfortable coming to talk to me about it, and grateful that I had the chance to explain. I explained the lyrical premise of the song to her and admitted that it required a couple of listens or at least some close listening. She nodded and said “That’s all right, then. Makes sense now. I’ll clap next time.” So this is for her. We’ve all gotta be real careful what we’re clapping for these days.

There are a ton of female voices on this record. There were none on "Coward’s Path." I like to think that change reflects a change in me, that maybe there were some rust-frozen, barnacle-encrusted parts in my chest that are now moving. Maybe not freely or fluidly, maybe they’re still squealing in protest, but they’re moving. Occasionally. I’m not going to pat myself on the back for it by calling myself a feminist. I think for guys to self-identify as feminists is kinda bullshit. Too often, it’s just deep cover for sleazeballs. Best case scenario, it’s like white folks saying “I’m not racist.” Bullshit, we’re products of a racist, misogynistic society. Everyone got indoctrinated to some degree. White folks should say “I’m working very hard to overcome my ingrained racism.” Guys can say “I aspire to be a feminist.” I’ll identify as a recovering misogynist working hard to support feminism. Still, this record certainly shows some personal shortcomings in high relief.

One voice of note on this recording is that of an ex-girlfriend, Allison Langerak. You’ll recognize her as the voice all over Alcoholica and How To Make a Bad Situation Worse. If you’ve read my work, you may also recall her as someone I went through a ton of shit with, someone I hadn’t forgiven, someone who hadn’t forgiven me. That we’ve repaired things enough for her to be willing to sing on a recording with me again, well, that feels pretty redemptive.

Joanna Erdos - female vocal on Death in Greenpoint (both versions)

Cait O’Riordan - female vocal on Last of My Kind


This record would not have happened without the support of Charlie Kennedy and Mattie Worsham and the hard work of James Sparber. I’m indebted to all the musicians who made it what it is. If you ever helped out a musician on the road, thank you. This record is for you.

Bandcamp Daily  your guide to the world of Bandcamp